Bass fishing will be held up North in 2020 on the Sacramento Delta April 7th and  8th.  You can register starting March 15th, 2020.  Check the event page on our web site for details.

Support our Sponsor Govx and check out discounted Disneyland tickets and many more great prices!!!! No membership fee required. 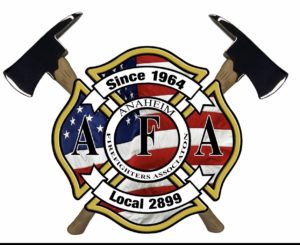 2020 Summer Games will bring back some sports we have had in the past:

Please support our sponsor Govx.com. Great products at a great price. Check it out, no cost to join. ... See MoreSee Less

2020 Summer Games will bring back some sports we have had in the past:
Water Polo
Cross Country
Ice Hockey
Motocross
Ju jitsu
Mountain Biking
Triathlon ... See MoreSee Less

Pickleball of course. I heard the players count doubled.

Laurel Stricklin and jackie prine and Cory Yeo are we doing this?

Miguel Ju Jitsu is back.

Bring poker back this year !!!!

Any idea where the surf event will be held?

Hope to see Track & Field back in the games again someday.

When this happens, it's usually because the owner only shared it with a small group of people, changed who can see it or it's been deleted.
View on Facebook
·Share

Anaheim Firefighters will be hosting the California Summer Games, July 12-17, 2020.

Host hotel will be the Sheraton Anaheim 1855 S. Harbor Blvd.

Anaheim Firefighters will be hosting a Casino Night.

Details will be posted when they are available.

We are inviting Western States Firefighters to join us for 2020

The Firefighter Summer Games began in 1970 as an opportunity for all California Firefighters to get together in friendly competition which promotes physical fitness and provides an informal forum for exchanging ideas. Throughout the years, the Summer Games have been held in Oakland, San Francisco, Los Angeles, Davis, Irvine, Santa Clara, San Jose, San Diego, Palo Alto, Bakersfield, Santa Ana, Ventura, Concord, Sacramento and Livermore/Pleasanton.  The games are governed by the California Firemen’s Athletic Association, with a local association bidding to be the host and bring the games to their community.

For 2019, the California Firemen’s Athletic Association (CFAA) has decided to stay in San Diego California.

The Games consist of several areas of competition which are all included in the events section of this web site.